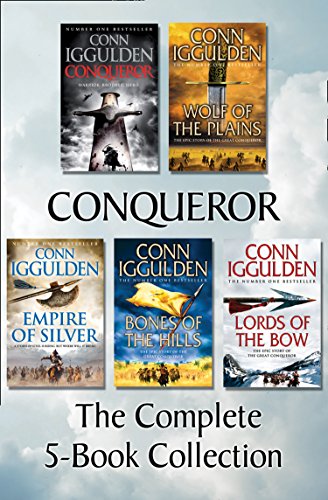 Conn Iggulden’s No.1 bestselling series, which tells the epic story of Genghis Khan, his warrior sons, and their fight to rule an empire, now in one complete eBook for the first time.

WOLF OF THE PLAINS, LORDS OF THE BOW, BONES OF THE HILL, EMPIRE OF SILVER, CONQUEROR.

The masterful series which brings to life the mighty Khan dynasty and one of the most powerful military empires in history. From the triumph of the great Genghis Khan, the architect of the vast Mongol Empire, to the extraordinary life of his grandson Kublai, this is the story of a family of warriors, who had to learn the art of war in order to survive.