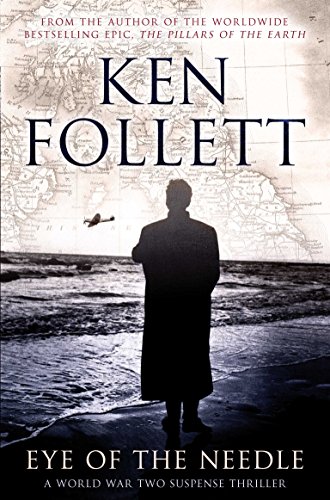 His weapon is the stiletto, his codename: The Needle. He is Hitler's prize undercover agent – a cold and professional killer.

It is 1944 and weeks before D-Day. The Allies are disguising their invasion plans with a phoney armada of ships and planes. Their plan would be ruined if an enemy agent found out . . . and then The Needle does just that. Hunted by MI5, he leads a murderous trail across Britain to a waiting U-Boat. But he hasn't planned for a storm-battered island, and the remarkable young woman who lives there . . .

Eye of the Needle, Ken Follett's breakthrough international bestseller, is a heart-racingly exciting tale about the fate of the war resting in the hands of a master spy, his opponent and a brave woman.